Recently, a Czech middle-aged man (here we kindly call him Czech Uncle)posted a video as to his learning to steer Airwheel electric two-wheeled scooter Q3, causing millions of hits. From the video although a bit short, Czech Uncle gave an impression that he was smart and hardworking in learning to steer Q3. 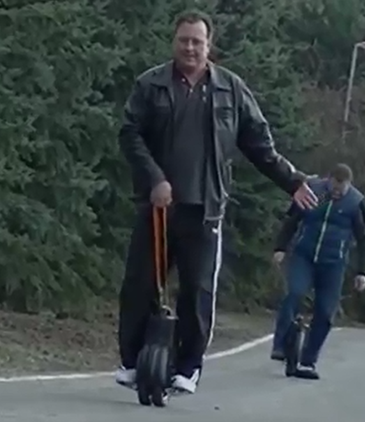 Obviously, Czech Uncle in video bought a new Airwheel Q3 and he had not yet mastered it. In the beginning, he directly rode the Q3 and shortly he fell from the pedal. As for a tyro, it is natural to fail to keep balance on Q3. After a number of endeavours, Czech Uncle tried a capital idea. He tied a wide strip through Q3 with one hand getting hold of the one side of the strip. It worked very well. He started to know the rope and spent longer on the pedal. Through several endeavours, he was able to stand upright on the pedal of Q3 without falling over. What a clever Czech Uncle. It only took him a short time to master keeping balance. 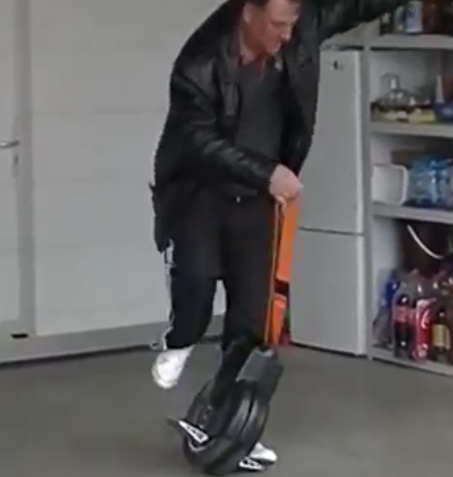 From the video, Czech Uncle steered Q3 and whizzed its way through the townlet. Obviously, he became a veteran adept in riding Q3. Halfway, there was a ramp. Czech Uncle steered Q3 and successfully went up the ramp without any effort. In fact, the safe climbing angle of Q3 reaches as much as 15°. The potent performance largely owes to its powerful power. In process of riding, he enthralled a huge number of pedestrians. These pedestrians showed a strong interest in the electric scooter. They seemed to impatient to have a go at Q3. But then, if you have no experience of electric scooters, it might take some time to learn to steer it. Especially you need to spend some time on keeping balance on Q3. But, do not be sacred of it. Once you learn to steer it, you will feel an unprecedented joy and the sense of achievement as never before. At the thought of this, are you eager to have a go at Q3?

This is a smart and interesting Czech Uncle. He showed us how to steer Q3, making us no longer afraid of learning Q3.